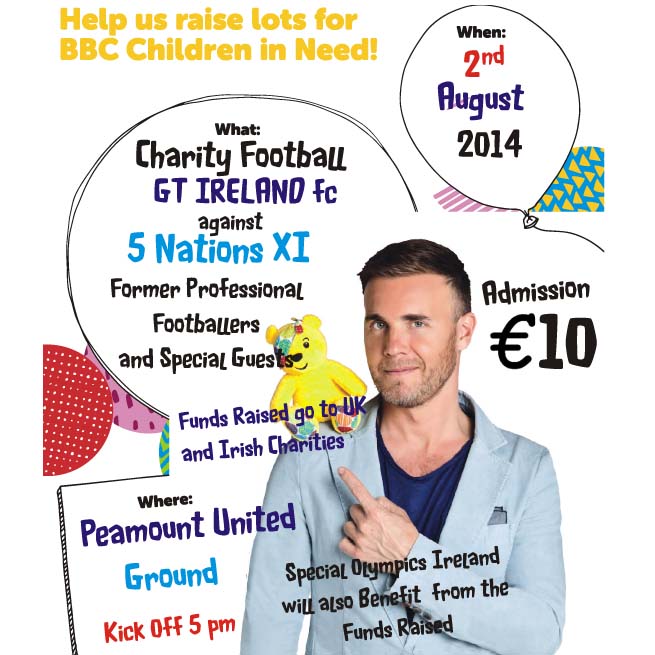 The Irish leg of the Toshiba/GT Phelan charity football Guinness Record attempt — five games to be played in Scotland, Northern Ireland, Republic of Ireland, Wales and England over a 48-hour period — will take place in the Peamount United football grounds near Newstastle, Co Dublin on Saturday, 2 August next. Kick off is at 5pm.

An Irish squad made up of ex Irish international and League of Ireland players will compete against a similar squad from the UK. There will also be guest appearances from various celebrities.

Tickets cost €10 per person or €20 for a family ticket. All monies raised will go to Irish and UK charities. GT Phelan’s nominated charity partner for the forthcoming game in Peamount is Special Olympics Ireland.

This is a very worthy cause so contact ken@gtphelan.ie or derek@gtphelan.ie right now to book your tickets.