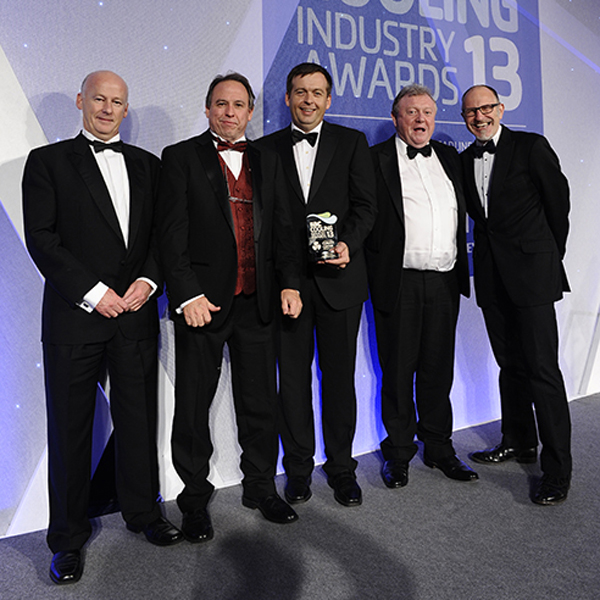 Pictured at the Awards presentation ceremony, among others, were Paul Haskayne, Lancer with Paul Duffin and David McDonald, REL.

REL Cooling Services was awarded first prize for Refrigeration Product of the Year at the recent RAC Cooling Industry Awards, held at the London Hilton, Park Lane. Over 700 attendees across 16 categories and from over 100 companies were represented at the function.

Over the last four years REL has worked on both the improvement of draft beer cooling quality and efficiency. Having been involved in the installation of beer cooling systems for over 25 years, REL was first to identify, understand and implement an integrated cooling system

that could reduce the running costs of refrigeration systems in pubs and similar establishments. With over 30% of all energy costs in non-food bar outlets being attributed to refrigeration equipment, REL recognised the benefits of a simplified low energy solution.

The REL glycol system works in a similar way to a traditional heating system. However, instead of circulating hot water around to the various radiators in the building, the glycol system circulates – 3.5 degrees C liquid throughout the bar, cooling the beer cold room, beer lines, bottle coolers, food cold rooms etc. Although REL was given the award for the energy efficiency of the system, free hot water is also provided by its unique heat recovery system.