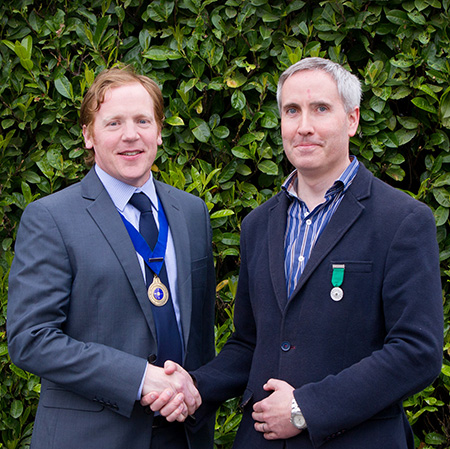 The annual general meeting of CIBSE Ireland was held recently in the Sandymount Hotel in Dublin. Outgoing Chairman Brian West reported on the successful year and summarised events held throughout the latter end of 2016 and the first quarter of 2017.

New Chairman Paul Martin and Vice Chairman Damien Flynn were elected, along with a new committee for 2016/17, including some fresh faces. The formalities concluded with a meal, networking and social interaction.

The new committee will work on the forthcoming programme of events over the summer months but the season will kick off with the CIBSE Ireland annual golf outing at Castlewarden Golf & Country Club on Friday, 1 September next. Main sponsor is Heat Merchants Group but there are also other sponsorship opportunities.

For details, and to enter a team, log on to http://www.cibseireland.org/