However, Jacinta is no stranger to such accolades. She was only the fourth female in 119 years to be elected to the Board of Trustees for the Institute of Refrigeration (IOR) in the UK, and in January of this year was named ACR Woman of the Year. She is also a member of the Steering Group for the WiRACHP (Women in Refrigeration Air Conditioning & Heat Pumps) Network. Although WiRACHP is a more industry-specific organisation, its primary focus is very similar to that of WES.

The WE50 awards take place each year to coincide with International Women in Engineering Day (INWED) on 23 June, a day endorsed by UNESCO patronage since 2016. INWED celebrates the achievements of women in engineering and related roles, and highlights the opportunities available to engineers of the future Concrete Society.

The WE50 were judged by a panel of industry experts and head judge, Dawn Fitt, commented: “As a former engineering technician apprentice it has been a pleasure, and encouraging, to see at firsthand the fantastic achievements of both current and former apprentices. This is particularly heartening given the push to increase the apprenticeship numbers within the construction industry.” If you are ever thinking about working in construction, then check out these great construction jobs.

Jacinta is the living embodiment of this route to success. She is a qualified refrigeration engineer and has been working in the industry for over 16 years. She began her apprenticeship with an RAC contractor in Dublin while, for the off-the-job phases of her studies, she attended both what were then DIT Bolton St, Dublin and FÁS Cork.

Since then she has progressed from the practical, hands-on side of the industry through to various roles including technical, design, sales and managerial positions. Her role with Critical Project Services (CPS) is to develop the European business through the management of clients who have new-build, retrofit or upgrade requirements on their data centres.

Jacinta comes from Mayo where her family have refrigeration, electrical and haulage businesses for over 50 years. She has been immersed in male-dominated industries from the very beginning and it was quite normal for her growing up to explore all things engineering. She now realises how fortunate she was to have had those opportunities and that encouragement. Consequently, promoting women in engineering roles – whatever the discipline – is important to her.

The other passion Jacinta has is for driving. She caught that bug from an early age, to the extent that she has a licence and the qualifications to drive coaches and even articulated trucks. She has a weakness for “anything speed” and says watching truck-racing is her favourite. Her highest tandem parachute jump was from 13,000ft, while she also has a wing-walk under her belt. In addition, she likes climbing mountains, yoga, travelling and going home to Ireland to see family and friends.

“As an RAC engineer myself I know how rare women with this qualification are. Indeed, during my time as an apprentice in Ireland I was the only female doing RAC. Hopefully, that scenario will now change thanks to new initiatives designed to attract not just females, but also males, into refrigeration apprenticeships.”

Jacinta’s story illustrates the importance of the apprenticeship route into engineering, and also clearly demonstrates its value in career development/advancement opportunities. However, there is still a lot to be done. The industry needs to recognise this and act accordingly if it is to attract more young – and enthusiastic – people into the sector. 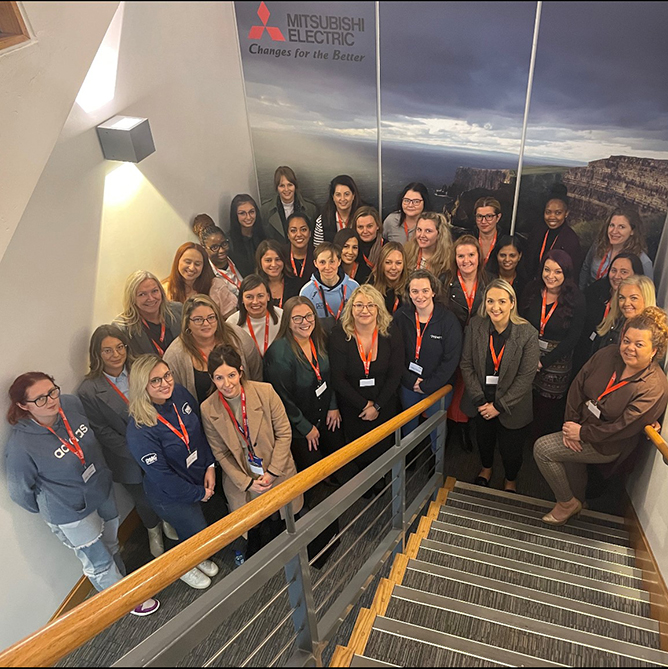 Another Side Of … John Smith — Archer