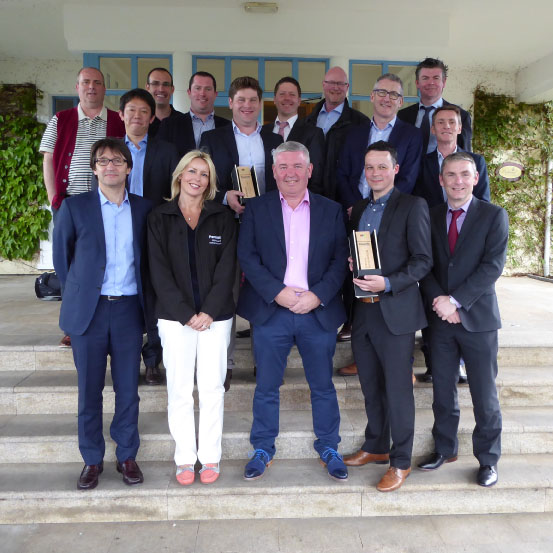 Group including the Ireland and UK Panasonic PRO Awards winners pictured at the K Club.

With projects in Ireland and England winning four out of the eight inaugural pan-European Panasonic PRO Awards last month, Panasonic Ireland recently hosted the presentation of the four awards at the K Club in Co Kildare.

Representatives from all companies were joined in the K Club by the UK winners for a day of celebration that included golf, the formal presentations, and a dinner later that evening in a leading Dublin restaurant.