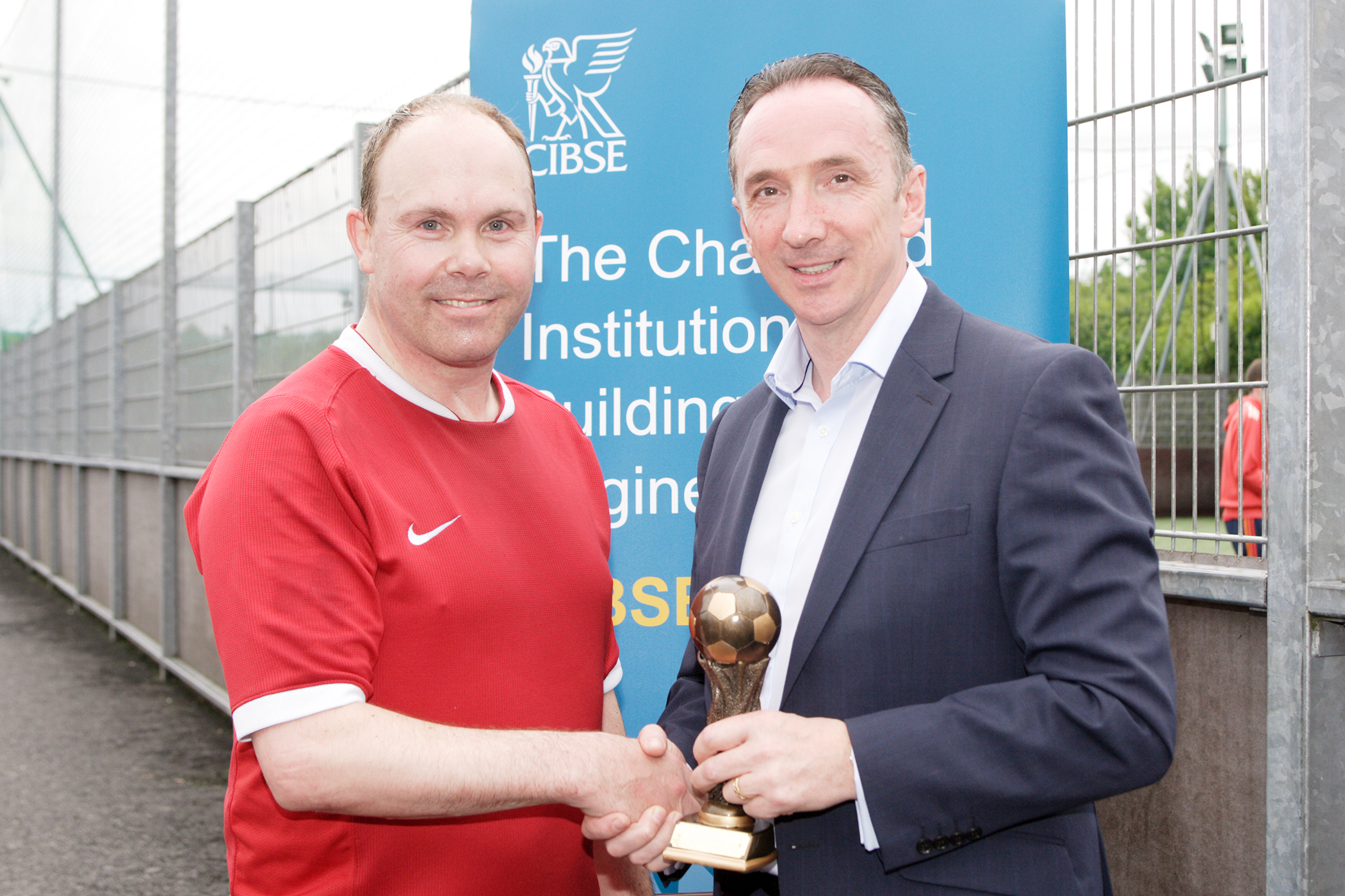 The games kicked off at 6pm on two pitches with matches running simultaneously and lasting 10 minutes. This didn’t allow much breathing space between games with several matches running back to back. By the end of the round-robin league with all teams having played each other once, two teams — OCSS and Ethos — were joined on ten points. They then played out a hard-fought final with Ethos emerging popular winners on the night.

After the official presentations pitch side by Fergus Daly, Area Sales Manager, Hitachi Ireland, everyone adjourned to the local Metro Bar to socialise and network.

All credit to Aaron Brogan and Adam Dent, Chair and Vice-Chair respectively of CIBSE YEN for organising the tournament, and indeed for playing as well! “We are delighted with the number of teams that turned out”, says Aaron, “and a special thanks to Hitachi for their sponsorship and support. We’re confident that this will now become an annual event.”