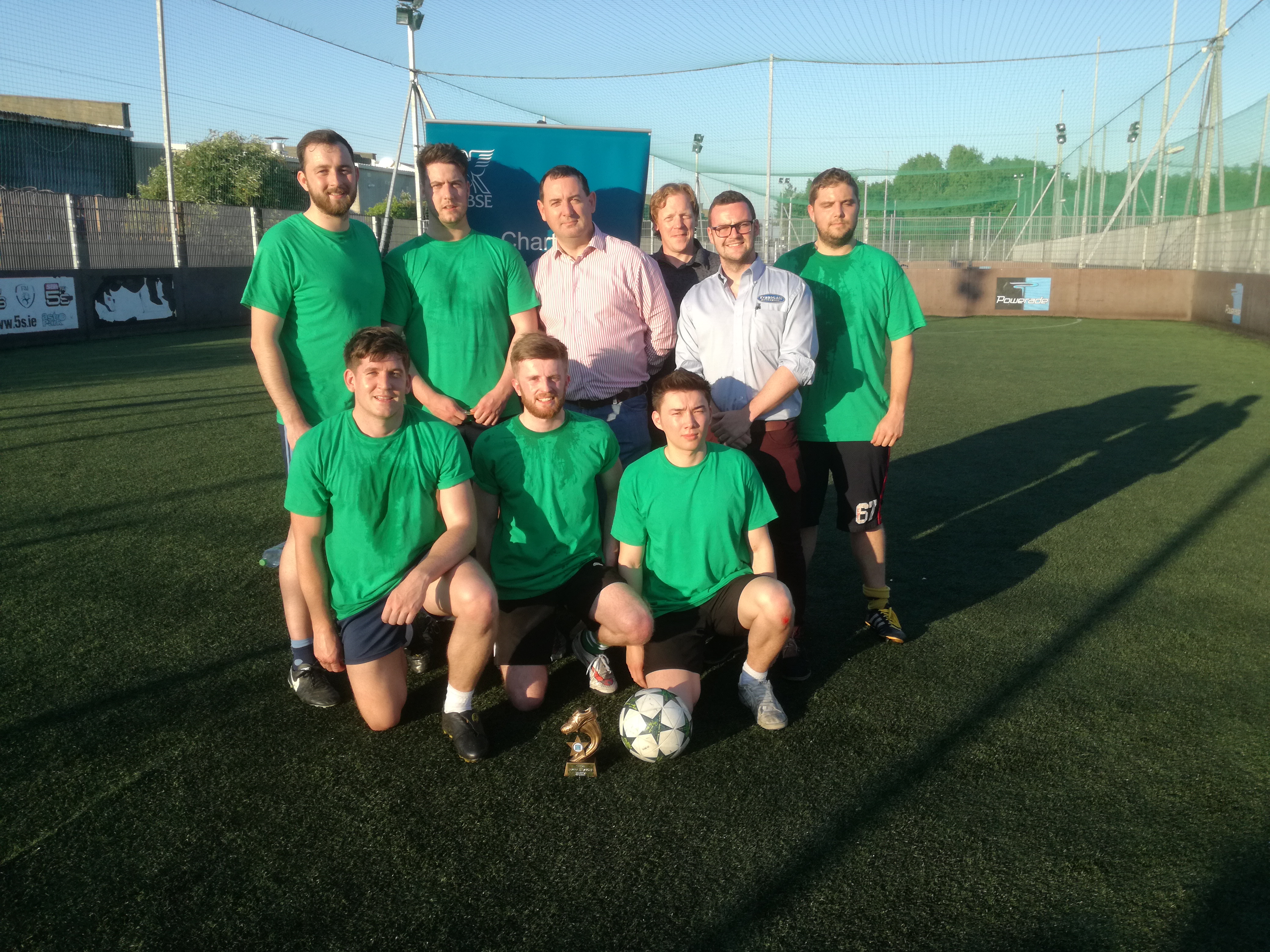 While the spirit of the competition is one of fun and good-natured rivalry, the desire to win soon takes over with some of the games becoming fiercely contested. That said, once teams leave the pitch all the niggles, slights and individual battles are soon forgotten.

Congratulations to tournament organiser Adam Dent and his YEN colleague Aaron Brogan, and of course a big thank you to Derek Duff and C&F Quadrant, who generously sponsored the event.

Finally, well done to all the players. Their respective performances were brave (or foolhardy), given that the temperature when the games commenced was in the early twenties. Winners on the night were Team Hevac/Origen.

After the presentation of the trophy everyone adjourned to the Metro Bar for food, refreshments, some teasing and networking.