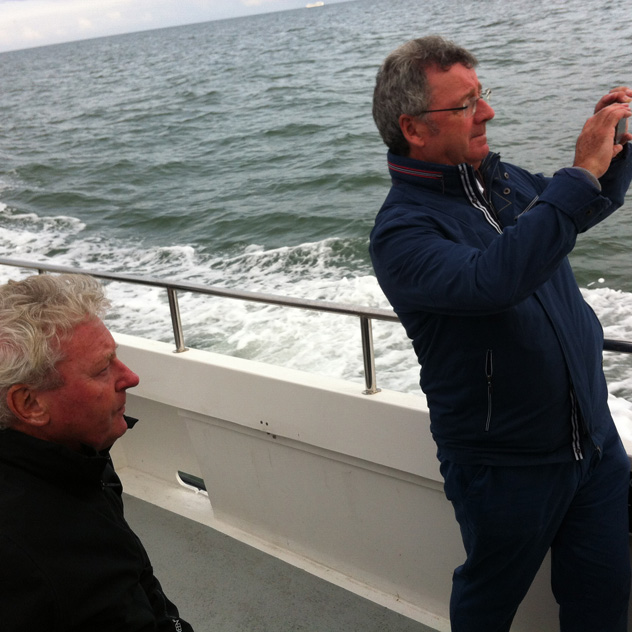 Des Prendergast, Euro Gas and Gerry Tobin, Davies riding the waves on their way out to Lambay Island courtesy of Eamon McGrattan.

Lambay Island could soon become an exclusive hideaway for wealthy holidaymakers after plans to modernise it were recently given the green light.

Earlier this year Fingal County Council gave the Lambay Estate Company, the trust company through which the famous Baring banking family still owns and runs the island, permission to upgrade and modernise the buildings, especially the plumbing.

Thanks to Eamon McGrattan of McGrattan & Kenny – who also owns a charter boat business called Fish & Trips out of Malahide – a select group of building services industry personnel recently enjoyed a private tour of the island.

As Eamon’s guests, the group got a private tour of the Castle, another building called the White House, and some of the surrounding gardens. Guides for the day were direct descendants of the Baring family bank founders.