The Traynor name has been prominent in the industry since Greg’s father (Noel Snr)followed a career in all aspects of building services engineering further to an apprenticeship in a major contractor’s office in Dublin in the 1930s. Noel Snr subsequently moved to Northern Ireland during World War II, designing services for American bases and hospitals, returning to Dublin after the war to build the new sanitoria with the Department of Health. Greg qualified from UCD in Mechanical Engineering and Building Services Engineering in Southbank Polytechnic (now Southbank University). He followed his father into consulting engineering and lived and worked in London and San Francisco. Much of this international experience was incorporated into innovative designs, particularly in industrial projects, on his return to Dublin.

Noel Snr and Greg founded the practice of JN & G Traynor & Partners in 1974 and over the next 38 years – until his retirement in 2012 – Greg enjoyed the challenges, the innovations, the latest technologies and more importantly, the people who worked in all areas of the industry. Greg’s brother, Noel Jnr, and his sister, Michaele, also spent time in the practice.

I began working in the practice in 1995. It was immediately apparent that if you had a problem with a job and a spot of reassurance or lateral thinking was required, a conversation with Greg would either solve the issue or give you the confidence that you were making the correct decision. I recall one incident in which I was given the task of designing an escape route pressurisation system for a large multi-storey building. Greg was away at the time and I spent two days poring through the relevant British Standards and estimating the size of air gaps between landing doors etc.

The client was on the phone every  couple of hours looking for the fan size and panic had set in. Greg arrived back late on the afternoon of the second day and, after the customary “Allo Allo Allo” delivered in a deep baritone voice, was met with panic from me and the client on the phone frustrated and annoyed. At this stage I had about five completely different fan ratings. He calmly asked me “what’s your best estimate at this stage?”. I told him my best estimate and he said “that sounds about right – double it!”. It worked. He adopted this calm approach at all times to all situations. Perhaps this is missing from the industry today.

As stated previously, Greg had a keen interest in people in the industry and enjoyed meeting other consultants, contractors and sales representatives. No matter who you were and whether you came to the offices by appointment or unannounced, there was always a coffee or tea on offer. The conversation at these meetings invariably strayed from the topic in hand into industry scuttlebutt, mutual acquaintances, musicals, literature or one of the vast arrays of interests that Greg found time for while managing a busy practice.

Greg devoted much time to the industry outside of work and sat on many committees of Engineers Ireland and CIBSE Ireland. He was Chairman of CIBSE Ireland in 2000- 2001. His father, Noel Snr, was also Chairman of CIBSE Ireland in 1970- 1972. Greg took a keen interest in the formation of young engineers and always promoted the profession to prospective students. His adoption of low energy technology was ahead of its time and his experimental mind lead him to implement low energy technology (MVHR, LED Lighting & Ground Source Heat Pumps) in the refurbishment of his own house.

The systems were controlled and monitored by a complete building management system and he took a keen interest in the validation (or not) of the manufacturers claims against this measured data. Greg had a keen interest in technology, both in building services technology as well as office technology. The practice was one of the first to adopt CAD systems (Microstation and later AutoCad) and even though the practice had a small staff, regular updates to computer systems and servers were made to the consternation of Noel Snr: “What do you want another one of those boxes for”.

I don’t think the practice actually needed these regular upgrades but each new upgrade brought additional computing power for Greg’s interest in acquiring knowledge by Web researching. We would often divide the workload on a tender with Greg taking charge of the specifications and I designing and drawing. After a number of hours into the work, I would wander over to check a point with Greg but he could not be be disturbed as he would be half way through an academic paper on some obscure topic from an even more obscure American university.

He had  a very high intellect and had a breadth and depth of knowledge that I have never come across before or since. No matter what the problem or issue, work-related or not, consulting the “Oracle” was always the wisest thing to do.

The advent of high-speed broadband into the office brought many benefits but also some drawbacks. Once again, when specifications were being prepared by Greg, the Web would be consulted for details of an air handling unit and ten minutes later the screen would be showing something connected to science, nature or the arts. Greg had a great love of all things artistic and was a member of various musical societies and appeared in a number of shows over the years. He also had a great love of literature and enjoyed using quotes when the opportunity presented itself. When, as a junior engineer,

I had completed a report Greg would wander over and note that he would review the report to add: “Merely corroborative detail, intended to give artistic verisimilitude to an otherwise bald and unconvincing narrative” (W.S. Gilbert, The Mikado). His narrative was not confirmed to artistic classics and when a statement was made that “surely the radiator can’t be that size” this was often met with “it is, and don’t call me Surely” (The Naked Gun).

Greg was something of a hoarder of books and magazines of all descriptions. The office had collections of IHVE, CIBS, CIBSE, IEI, Engineers Ireland and ASHRAE magazines dating from the earliest editions. Engineering books and catalogues dating from the late 1800s were also collected. Upon moving out of the office in Lansdowne Terrace in 2008, this collection had to be sorted and decisions made whether to bring them with us, donate them or bin them. A couple of hours into this sorting, we would be merrily filling black sack after black sack.

Checking on Greg’s progress would invariably find him engrossed in a fascinating article from an early edition of a magazine or a concert programme with little or no progress made with the task in hand. We discovered that this work was best carried out when Greg was out of the office and the bags taken away before his return! Greg retired in 2012 and divided he time between Toronto and Dublin. He never lost interest in the industry, particularly the people in it, and each time we met he would ask about the practice, the latest technologies and, most importantly, the industry gossip and who was still “vertical and mobile”. Greg’s passing has left a void in the industry in a place reserved for a true gentleman.

PS: The issue of Building Services News containing this appreciation can be downloaded in pdf format by clicking on the Cover image below Greg’s picture. 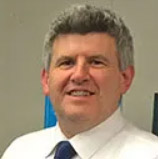 Into the West … with Ryan Loney

TO NZEB AND BEYOND