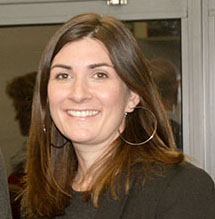 The DIT-led initiative is spearheaded by Ciara Ahern, Head of Building Engineering at DIT and comprises a dynamic advertising and PR campaign taking in all media formats, from traditional print and radio through to Facebook and other online platforms.

In announcing the campaign Ciara highlighted the immense potential for career development in the area, pointing out that the discipline isn’t very well understood, but that it is now at the vanguard of a new engineering revolution that is key to meeting global climate change targets.

She also detailed the excellent career opportunities it presents, stating that building engineers are the highest paid engineers in the construction sector, earning a starting salary that is typically €5,000 more than other graduates”.