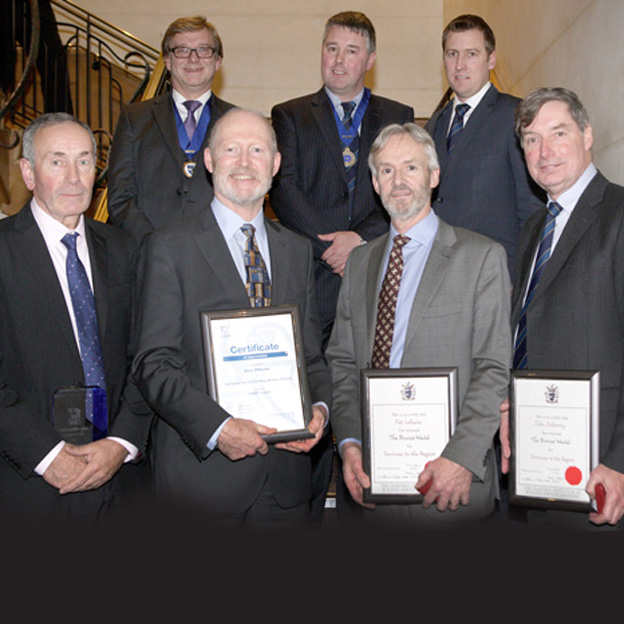 This year’s lunch was the biggest by far with a capacity 320 consultants, contractors, product suppliers and their respective guests enjoying wonderful fare and availing of what has now become the most important social and networking occasion in the building services sector’s calendar of events. Unfortunately, space restrictions meant that many more were disappointed but the CIBSE Lunch Sub-Committee is already on the case and details of a larger venue for the 2015 lunch will be announced early in the new year.

Guest speaker was Gerard Hosford, a building services graduate from CIT, who now works as a senior mechanical engineer for Patrick Parsons Consulting Engineers in the UK. His address detailing his career progression and day-to-day work projects was extremely interesting but, more than that, it highlighted just how valuable a building services-related degree is from any of the Irish educational institutions.

The mood and atmosphere of the gathering was upbeat. It reflected an air of optimism that augurs well for 2015 and beyond, but was also realistic in acknowledging that there is much to do to, especially in the way of realistic tender prices and profit margins, to secure a sustainable future for the sector.