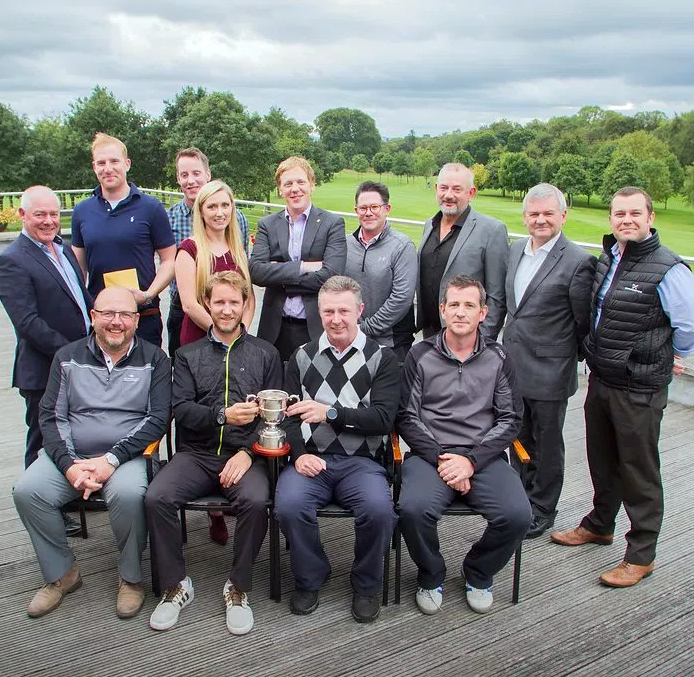 The annual CIBSE Ireland golf event took place at Lutrellstown Golf Club recently with Grundfos as this year’s primary sponsor. The event attracted a huge turnout with 25 teams participating and all four-balls teeing off at 1pm in a shotgun start. A special mention goes to Stephen Weir who led the assigned CIBSE Ireland Golf Committee, managed the registration process, and officiated at the scoring. Paul Martin, CIBSE Ireland, presented the prizes on the night.

There were many prizes won on the day including:

— €1,000 holiday voucher draw for hole in one/nearest to the pin on the 6th which was won by Eugene Smith playing with Jones Engineering with a nearest pin shot of 0.87m;

Other opportunities to win were on the 18th for Longest Drive sponsored by Edpac which was won by Paul Kinsella playing with Safeguard;

— Nearest the Pin,sponsored by Wilo, was on the 4th hope and this was won by Liam O’Reilly playing with the McKeon group;

— Along with individual prizes, the coveted PJ Doyle Trophy for the best score was won by Team Jones Engineering.

What made the win extra special is that PJ Doyle, who the Memorial Cup is named after, was an engineer with Jones Engineering Group. He died prematurely in 1989 and the trophy was donated to CIBSE Ireland in 1990 with John Purcell registering the first win in that year. In 2011 the format changed to a team prize, which continues today

Second place in the team event went to Edpac with Calpeda Pumps coming in third.

Teams starting returning to the clubhouse just under the four-hour mark with all reporting a good day … with little or no comment on their score cards! Following showers and refreshments, 100 people sat down in the clubhouse for their meal with prize giving taking place over desert.