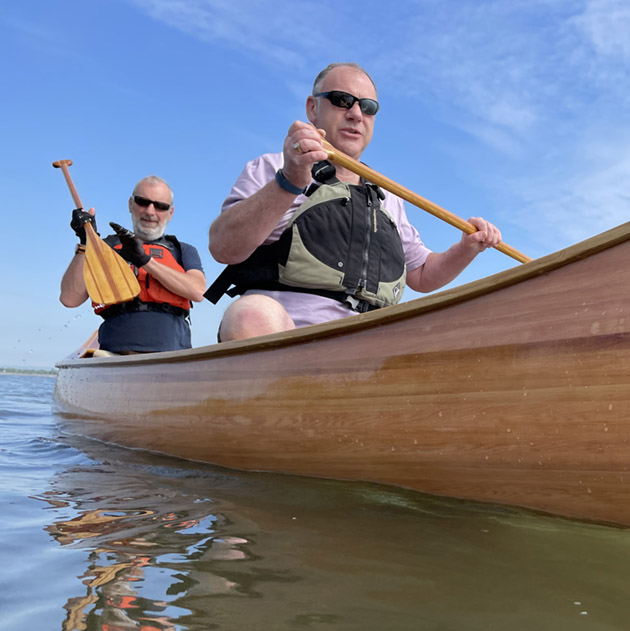 Build and paddle your own canoe

Covid has caused many difficulties for people, presented hitherto unimaginable challenges and resulted in all manner of disruption. Nonetheless, it has also presented opportunities and prompted people to prioritise personal goals and ambitions they would normally put on hold.

So it was with Michael Gleeson and his dream to build his own open-style canoe, which is perhaps more commonly referred to as a Canadian canoe, much to the chagrin of Americans.

Michael has always had boats, be it cruisers or punts and many other models in between. While he loves being on the water, his objective in doing so is primarily to fish, especially in rivers and lakes. Hence the desire for his own canoe to get him into areas not possible with other vessels.

When he put the idea to his long-time friend Frank Gilsenan he half expected to be scoffed at but, low and behold, Frank not only encouraged him but enthusiastically bought into it. The problem? … while they may have almost 80 years experience between them in the supply and teaching side of building services engineering – Frank is currently with Ecopipe and Michael in TU Dublin – they knew nothing about building a canoe.