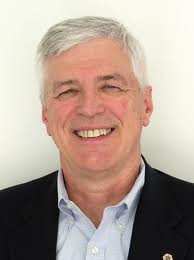 Thomas “Tom” Watson, the President of ASHRAE, will deliver the Pat Benson Memorial Lecture at Bolton St College of Technology on Monday, 15 October next, at 4pm. He is currently touring Europe to promote his presidential theme — Broadening ASHRAE’s Horizons — and will be in Dublin as a guest of CIBSE Republic of Ireland Region on the day. His professional day role is Chief Engineer, Daikin McQuay, Staunton, Virginia.

Tom’s history of service to ASHRAE includes chair, Members Council and Technology Council; President-Elect Advisory Committee, the Strategies for a Global Environment Ad Hoc Committee and the Advocacy Committee; and vice chair of the Vision 2020 Ad Hoc Committee. He also served as a member of the Advanced Energy Design Guide Steering Committee.

Tom became involved in ASHRAE in 1972 and became a member of Technical Committee 8.2, Centrifugal Machines, soon thereafter. He served as member of the Standard 34, Designation and Safety Classification of Refrigerants, committee in the early 1990s and also served as chair of the Standard 15 committee, Safety Standard for Refrigeration Systems.

While remaining active in ASHRAE’s standards activities, especially internationally, Watson has also held several positions on the Society’s Board of Directors. He is past Society president-elect, treasurer, vice president and a director-at-large. Most recently, he served as chair of the committee that oversaw the Society’s rebranding, rolled out in January 2012.