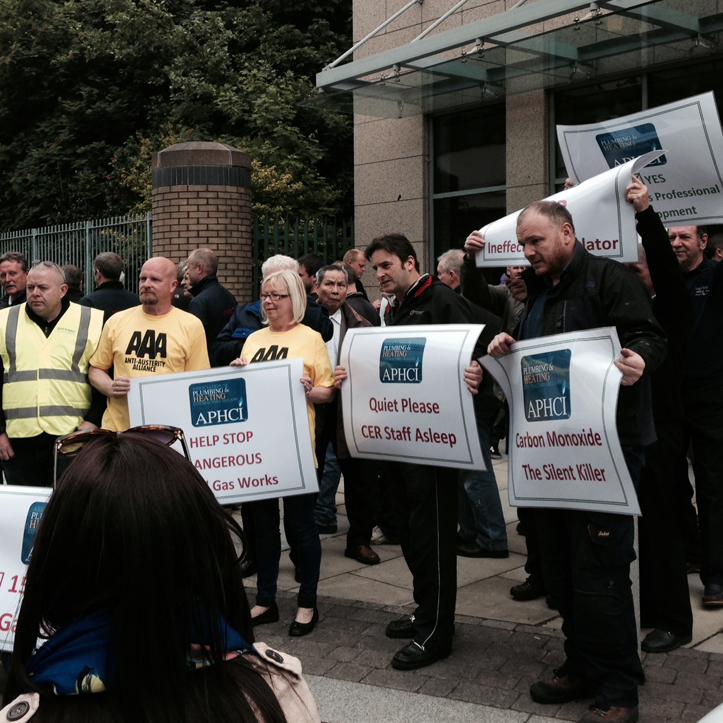 APHCI members protesting outside the CER Headquarters in Dublin

APHCI & CER – remember, you’re on the same side!

The recent protest by APHCI members outside the CER headquarters in Dublin served to highlight, yet again, the lack of genuine communication between the two bodies. They have had their differences in the past but this is the first time such a demonstration has taken place on the CER’s doorstep (see Building Services News, May/June 2014 issue, Page 2).

For its part CER has recently demonstrated a new-found determination to prosecute non-registered gas installers (see Building Services News, May/June 2014 issue, Pages 4 and 28). This is something APHCI has been lobbying for for years.

So, while on the face of it APHCI and CER seem poles apart, the reality is that they both have the same objectives. The sooner this is realised and some honest and open dialogue is engaged in, the sooner their respective strengths can be harnessed to make some real progress.